If you need a fast delivery for a popular size tap, die or gage, OSG can help. 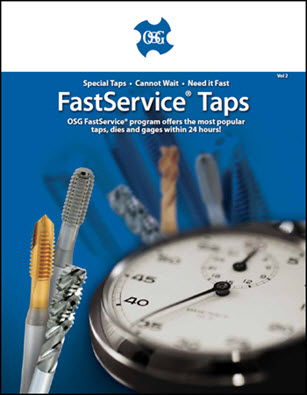